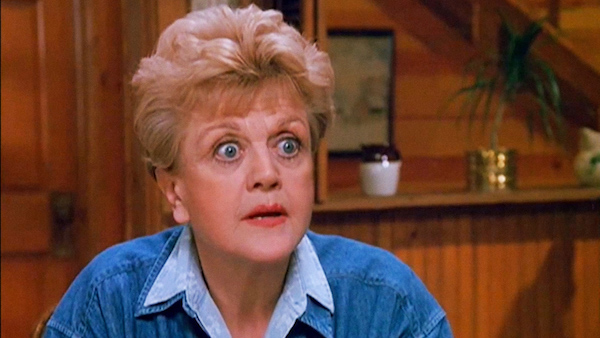 When it comes to TV shows with staying power, you don’t have to look much further than “Murder, She Wrote.” Over the course of its 12-season run (1984-1996), Angela Lansbury starred as famed mystery author turned amateur sleuth, Jessica Fletcher, for an impressive 264 episodes. When a series runs for that long, it becomes more than just adored – it becomes iconic.

To this day, “Murder, She Wrote” can still be watched all over the world, including in Canada on VisionTV (weeknights at 7pm ET/4pm PT). Although there are plenty of episodes to get through already, 91-year-old Lansbury wouldn’t mind coming back and solving some more crimes.

“I was in genuine tears doing my last scene,” revealed Lansbury during an interview with the Sunday Post. “Jessica Fletcher has become so much a part of my life, it was difficult to come to terms with it being all over.”

She added: “Having said that, there have been some two-hour specials since we stopped in 1996 and I wouldn’t be surprised if we got together just one more time.”

Considering that the trend of rebooting great TV series of yesteryear continues to grow (see: “Twins Peaks,” “King of the Hill,” “Will & Grace”), it would not be altogether surprising for “Murder, She Wrote” to re-emerge in some capacity. What makes the latter so encouraging is that Lansbury seems genuinely interested in reprising a role that she still looks fondly upon.

”I was amazed at how successful it was,” noted Lansbury. “I never believed it would run for 12 years. I would not want to take anything away from ‘Murder, She Wrote,’ but when you are the principal in something like that you have to work incredibly hard to help keep it fresh.”

Hopefully some more of that hard work is on the horizon!