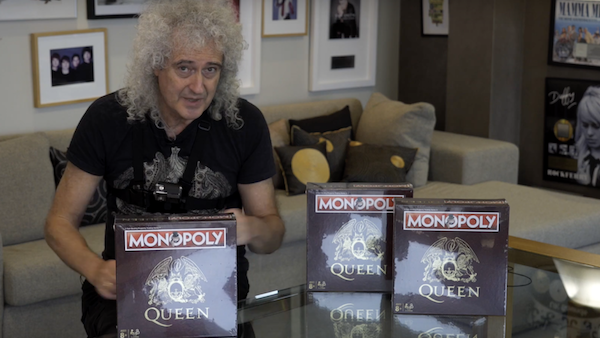 Queen is by and large one of the greatest rock bands to ever emerge out of England. With songs like the indelibly powerful “Bohemian Rhapsody,” sports anthem “We Will Rock You” and the always-danceable “Crazy Little Thing Called Love,” this musical collective has conquered stages worldwide for decades.
Even though legendary lead singer Freddie Mercury passed away in 1991 and celebrated bassist John Deacon retired from music in 1997, guitarist Brian May and drummer Roger Taylor have kept Queen moving. Through the years, Queen has toured with guest vocalists and participated in several band-related extra curricular activities.
The latest endeavour is a Queen version of Monopoly. To be released on June 23 (for £29.99) this board game combines the original spirit of the Monopoly game, with the history, music and themes connected to Queen. 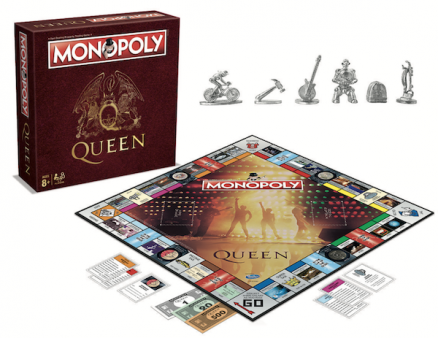 “This is something which we regarded as a Queen project – it’s like making an album. So, it’s an opportunity to do something creative and make something which people will get into and immersed in and have fun [with],” said guitarist Brian May, after explaining that the band spent a year-and-a-half working on the game.
“This particular game is designed to make you feel like you are on the road,” he continued. “You’ve got your band on the road, you have a career and all the milestones that happen in real life happen to you – all the good stuff and bad stuff too. It should be exciting.”
The metallic-looking game tokens are directly related to Queen. There’s a Brian May guitar, the “News of the World” robot, a hammer to symbolize the “Hammer to Fall” single, a woman on a bicycle (for “Fat Bottomed Girls” and “Bicycle Race”), a vacuum (like the one seen in the music video for “I Want to Break Free”), as well as a wartime radio that connects back to the song, “Radio Ga Ga.” 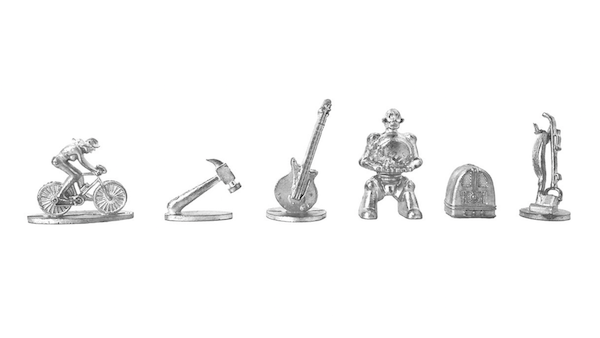 “Tour the amazing gig history of Queen, from their very first at Imperial College in 1970 to their last with Freddie Mercury at Knebworth Park in 1986,” reads a description of the game. “Tour the world with the band and buy gig locations and hit singles. Build staging blocks then upgrade to full productions (full concert stages) and watch the rent come pouring in. Take your chances with A Kind of Magic and In the Lap of the Gods cards as you tour the board as one of the iconic Queen bespoke tokens. You can own it all!”
To celebrate the forthcoming release of Queen Monopoly, May has filmed an 18-minute video that documents him opening up the game and explaining how it works. You can watch that video below.
Will you be a champion, my friends?