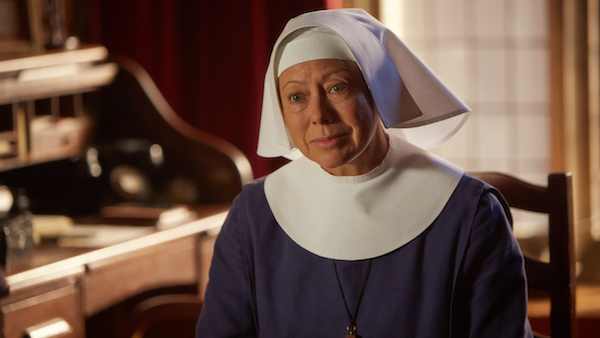 As much as Sister Julienne (Jenny Agutter) has devoted her life to religion, there is a side of her that hasn’t forgotten about what life was like before her calling. More specifically, she can’t help but feel slightly joyous, yet jarred to be reached out to by a lovely man from her past. Decades may have gone by, but the memories still seem fresh in the mind of Sister Julienne.

Having starred as Sister Julienne since the inception of “Call the Midwife,” actress Jenny Agutter gives the audience a performance that is emotional and measured, insightful and in-tune.

“I do love playing a nun,” revealed Agutter during an interview with the Radio Times. “You’d think it would be easy, but it’s one of my more difficult roles. It’s so far from anything I can imagine – that dedication, tolerance and faith – which is very different to ‘religion.’ I like it when I have a chance early in the day’s filming to be in the chapel. It must be marvellous to have the contemplative psalms and plainsong chanting as part of one’s life. It puts you in such a good mood. If I do anything surprising – like swear – when I’m in costume, I get strange looks.” 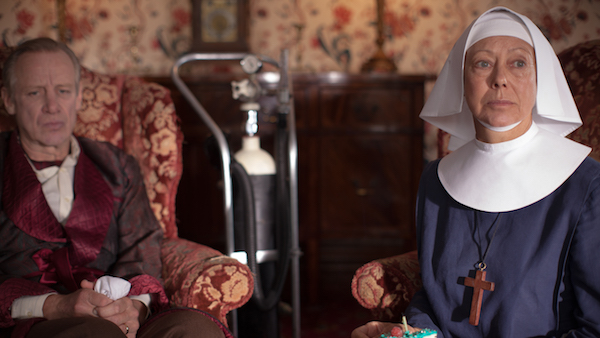 She added: “I keep asking if I can sneak in a pair of silk pyjamas to wear [while filming ‘Call the Midwife’], but they’re very strict in the lingerie department so it’s just white winceyette and wimples for me.”

Even with Agutter (who has also appeared in “The Avengers: World Security Council” and “Captain America: The Winter Soldier”) light-hearted yet appreciative demeanour, you can tell by her work on “Call the Midwife” that she takes her craft seriously enough to appeal audiences. However, what’s refreshing to hear is that the actress didn’t become this way just to be featured prominently in marquees across the land.

“I’ve satisfied a lot of ambitions, but never wanted to be a big star,” continued Agutter. “I wouldn’t have been good at it. For the Oscars you’re meant to walk down the red carpet, but I snuck in the back door. Not the thing to do!”

On this week’s episode of “Call the Midwife” (9pm ET/6pm PT), Barbara faces her most challenging case to date when she treats first- time mother Abigail Bissette and the birth does not go according to plan. As Sister Julienne struggles with the increasing financial pressure on Nonnatus House, a mystery benefactor comes to the rescue. Elsewhere Sister Evangelina is unimpressed by newly arrived nurse Phyllis Crane. 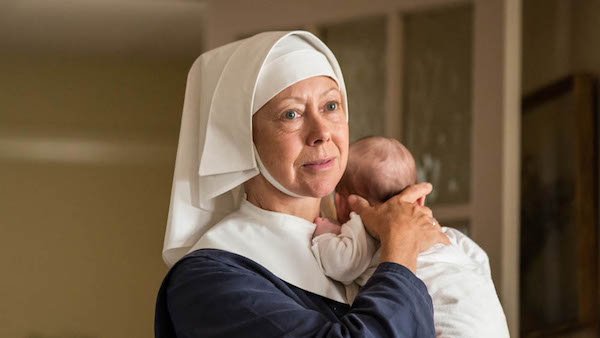