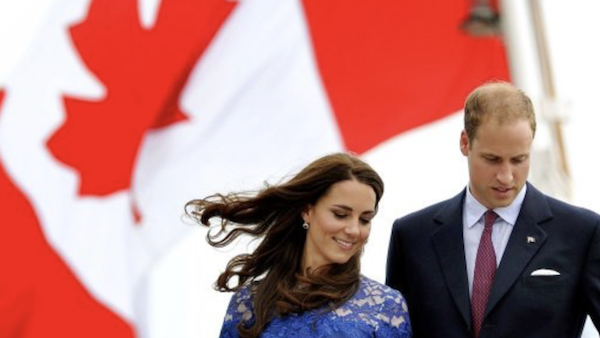 A short time ago, it was announced that Prince William and Kate would be returning to Canada for the first time since the summer of 2011. Now, we have more details regarding when and where the Royal couple will be visiting the Great White North.

During a trip that’ll run from September 24 through October 1, Prince William and Kate will check out five British Columbia communities, as well as two in the Yukon.

In all, Prince William and Kate will make their presence known in Victoria, Vancouver, Haida Gwaii, Bella Bella, and Kelowna, plus Whitehorse and Carcross.

Commented the Honourable Mélanie Joly, Minister of Canadian Heritage: “As celebrations for the 150th anniversary of Confederation draw ever closer, we are delighted to welcome Their Royal Highnesses The Duke and Duchess of Cambridge on their second Royal Tour to Canada. During this tour, Their Royal Highnesses will shine a light on the dedication and service of many Canadians who are doing important work in our Northern and West Coast communities.”

While a full itinerary of the Royal visit will be unveiled at a later date, what we do know is that “an official welcome” event will be held on September 24 in Victoria. On September 28 in Whitehorse, there will be “a lively public celebration” where Prince William and Kate will meet with representatives of the Yukon communities.