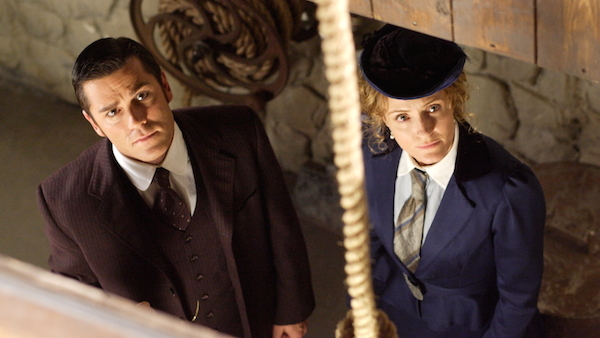 With Murdoch Mysteries, Montréal-born actor Yannick Bisson has delighted audiences for nearly a decade as the sharp dressed and minded Detective William Murdoch. However, before getting this defining role, Bisson faced his fair share of trials and tribulations.

In an interview published by the Toronto Star, Bisson reflected on his pre-Murdoch days that did feature various acting gigs, but not enough steady footing. This, as you could imagine, left Bisson questioning whether or not he should quit acting all together.

“I was tired of the ups and downs and the uncertainty,” explained Bisson. “It was getting to the point where you sort of have to cut your losses a little bit. You have to be responsible and I had opportunities.”

These opportunities for Bisson included building, restoring and flipping homes. As someone in his mid-30s with a wife and three children at the time, such steady work was very appealing.

“I really enjoyed it and learned a lot,” said Bisson of that line of work. “It was something I could see myself doing. I don’t tackle a whole lot of electrical, but I could build you an entire house. I worked as a professional framer, as a tile-setter [and] did a lot of my own plumbing. I taught myself.”

When not getting elbow deep in home projects, Bisson also paid the bills by selling cars and long distance phone services; delivering pizza; bartending; and by taking on voiceover work.

“Any aspect of life can help you be a better actor because what are we doing except living life while somebody’s recording it?” noted Bisson. “You just sort of hop into different contexts and say different words, but that’s been mostly my job on Murdoch…taking the audience through the story and being the audience’s feelings and eyes.”

Murdoch Mysteries can be seen daily on VisionTV at 6pm ET/3pm PT.

To learn even more about Yannick Bisson, please visit our 10 Fantastic Facts feature about the actor!