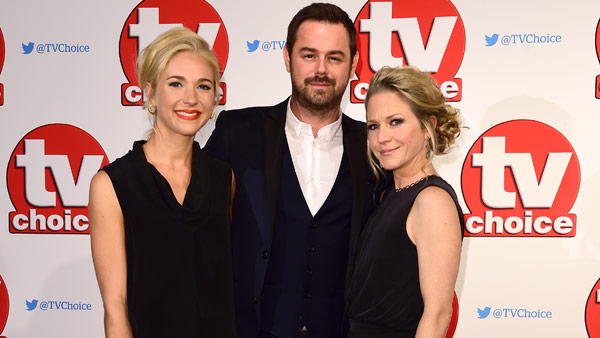 The viewers have spoken…on the other side of the pond that is.

EastEnders, Poldark, Cilla and Call the Midwife were all among the winners chosen by British television viewers as the best of the year at Monday night’s 2015 TV Choice Awards. As the TV Brit-errati gathered at London’s Hilton on Park Lane for the 18th annual ceremony, 17 gongs were handed out for categories that ran the gamut from Best Soap Newcomer to Best Talent Show. TV Choice Magazine, Britain’s biggest selling magazine in any genre since 2008, sponsors the TV Choice Awards.


Sheridan Smith was named Best Actress for her sparkling, standout role as the legendary and recently deceased Cilla Black in the three-part bio series, Cilla. Following up its very popular, premiere Canadian run on VisionTV in June, an encore of Cilla will be presented on Fridays, Nov. 13, 20 & 27 at 10pm ET/7pm PT.

Poldark unsurprisingly dominated the popular vote in the Best New Drama category after pulling in a blockbuster-sized average of 8 million viewers per week while it premiered this spring in the UK. The sweeping tale of post-Revolutionary War romance and hardship starring new matinée idol Aidan Turner will celebrate its network premiere on VisionTV on Wednesday, Oct. 14 at 9pm ET.

Call the Midwife, returning to VisionTV in 2016, bested other BBC dramas Casualty and Doctor Who to win Best Family Drama, the series’ third TV Choice Award since 2012.


In the race to the top of the British soap pile, perennial fan favourite EastEnders emerged victorious this year with its 13th TV Choice Award since 1998 for Best Soap. Adam Woodyatt (Ian Beale), Kellie Bright (Linda Carter), Maddy Hill (Nancy Carter), Jo Joyner (Tanya Branning) and Danny Dyer (Mick Carter) were all in celebratory attendance. Dyer took the win as an opportunity to make a public apology to reality competition judge Mary Berry (The Great British Bake Off) for planting a boozy kiss on her while accepting the Best Soap Award last year. EastEnders was a double TV Choice winner this year, with Davood Ghadami scoring the hardware for Best Soap Newcomer for his new role as Kush Kazemi. Our EastEnders omnibus continues this fall with three episodes airing back to back every Thursday and Friday night at Midnight ET/9pm PT.